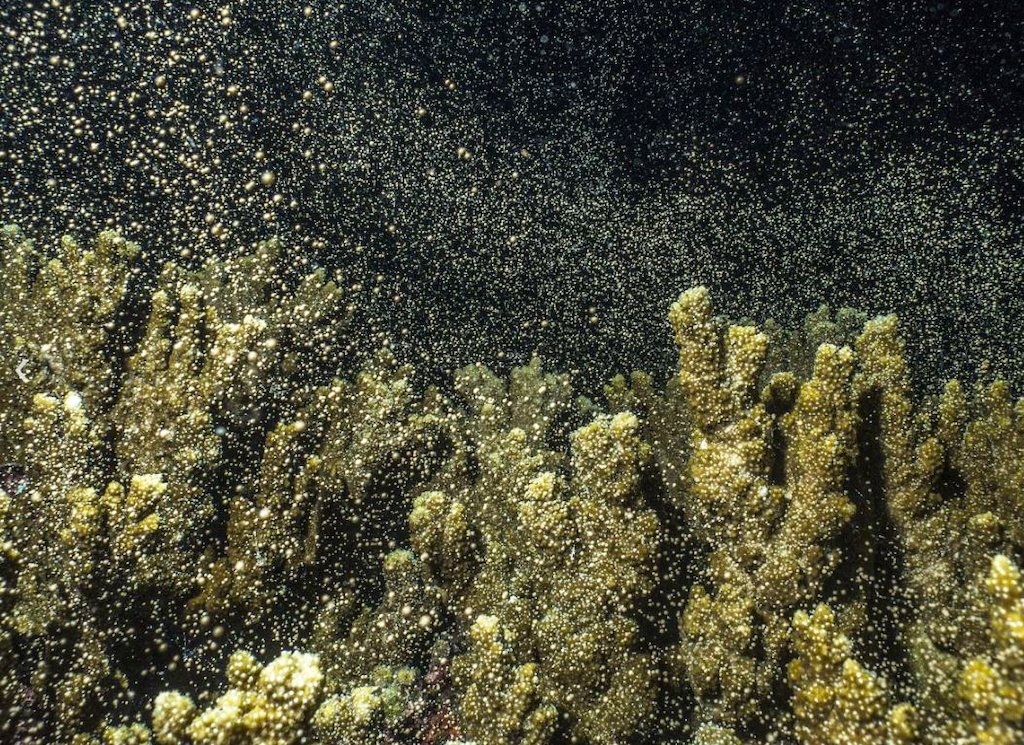 Over the nights of 27 - 28 November this year’s coral spawning event, the simultaneous mass reproduction of corals, was one of the most significant witnessed on the Great Barrier Reef in many years.

With many media stories about coral bleaching events that impacted some parts of the Great Barrier Reef in the summers of 2016 and 2017 due to prolonged higher than normal water temperatures, we’re delighted to report that our reef sites from the Agincourt ribbon reefs to Moore Reef, an area spanning over 100km, have experienced the best mass spawning in several years.

Corals have two reproductive methods: asexual and sexual. The asexual process occurs continuously throughout the year and is where the individual polyps split and divide to increase the overall size of the colony. The sexual phase is coral spawning. To maintain a consistently robust gene pool, corals need to have a sexual phase to exchange genes. This process was unknown to science until 1981 when several marine biologists working on the Great Barrier Reef observed it in the wild for the first time.

Quicksilver Group’s Environment Compliance Manager, Doug Baird said, “the coral sperm and egg bundles are highly buoyant and float up to the surface, it’s a little like being in a snow globe in reverse and often referred to as an upside-down snowstorm.”

For the annual spawning or sexual reproduction to occur, a variety of factors come in to play. We know the moon cycle and specific water temperatures (greater than 26 degrees Celcius) play a role, but also tides, salinity levels and day length can also affect the timing. Spawning happens two to three hours after sunset, which scientists believe is timed to ensure most of the plankton feeders are asleep, creating a greater chance of pollination for the corals. And it’s romantic too!

"This year's coral spawning is a defining moment in the history of the Great Barrier Reef. The corals out there today have survived two consecutive years of coral bleaching – their genes are a genetic gold mine for the future of the Reef. We are hoping that the next generation spawned from these genes will be more resilient in the face of climate change."