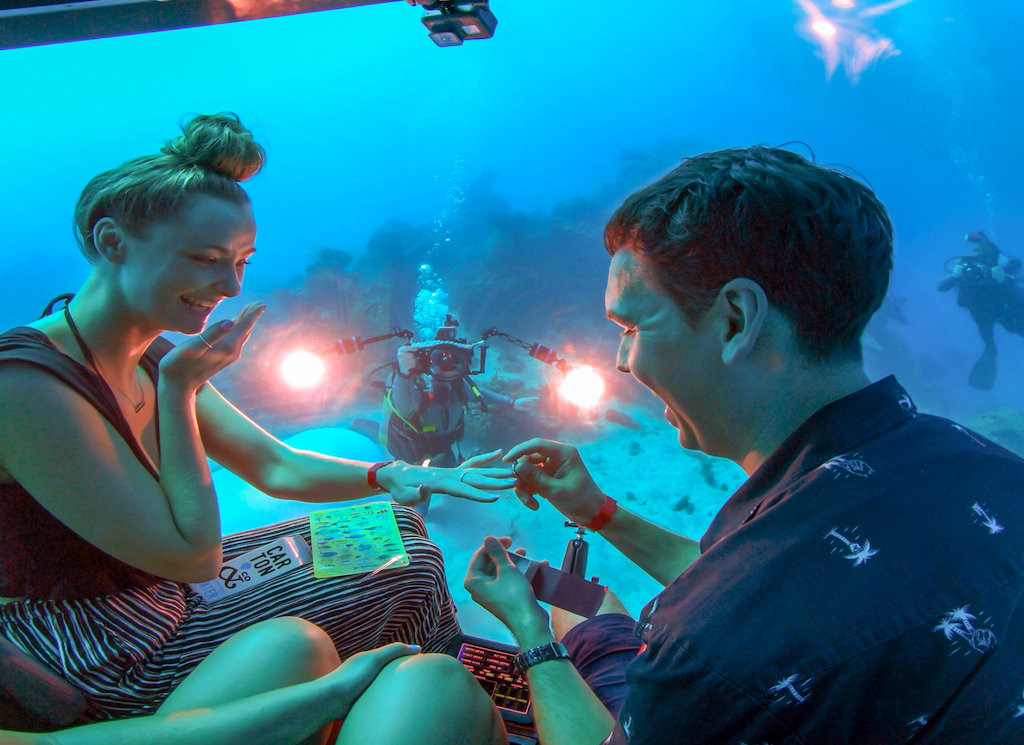 Is this the most epic marriage proposal of all time?!

The Agincourt Ribbon Reefs had a second coral spawning last night and it was just magical!

At the Quicksilver Agincourt 3 Platform, our Quicksilver Reef Biosearch Manager and Marine Biologist, Russell Hore predicted the December coral spawn would be more spectacular, as the waters had been cooler in the lead up to the November spawn, saying “while the Agincourt Reefs experienced a coral spawning in November, we always believed that the main coral spawn would happen after the full moon in December“.

Two Quicksilver Reef Biosearch marine biologists, Dr Glen Burns and Graham Carroll spent the night on Agincourt 3 last night (16 Dec), hopeful that the corals would spawn. “The current water temperature on the edge of the outer reefs was perfect for coral spawning, so we were pretty confident.” And better they were, with one of the better coral spawning events witnessed in the last decade. “We witnessed the branching staghorn coral, shrubby corals and a magnificent plate coral spawning. We were privileged to record this once yearly event at Agincourt Reef” said Dr Burns

The spawning is likely to continue for the next two nights.